Who Invented the Train: History of Trains

Trains are a vital part of transportation as we know it today. From passenger to cargo, trains have been helping us reach our destinations for centuries. But how did the train journey start? Who exactly invented this machine?

Efficient transport of people and goods was an issue many inventors have been tackling over the millennia, ever since the first modern civilizations began spreading from the Middle East to North Africa.

While transportation did not develop much before the introduction of industrial manufacturing and electricity, after that, inventors birthed one of the most vital industries in modern human civilization - the train industry. Here, we explore who invented the train and how this idea came into being.

Who Invented the Train?

Richard Trevithick, a British mining engineer and inventor, built the first train in 1804. The train was powered by a steam engine with a large flywheel to even the piston rod action, giving the world the first machine that could carry a large number of people and goods.

How Was the Idea of the Train Conceived?

An efficient way of transport was researched by many inventors over centuries and even millennia. And many inventions like the introduction of electricity and industrial manufacturing led to the development of the train industry.

However, the birth of the train was not done over a short period nor by one person. Instead, it is an outcome of efforts made by numerous people over many centuries. That said, it may be easy to pinpoint the person who invented the train. However, going back to discover the exact people who gave the basic idea of train transportation, which led to the construction of the first train, is trickier.

While lacking in terms of steam, gas, and electrical power, and not functioning to their full potential, many examples of primitive trains can be traced back to the past much before the introduction of the modern train.

In ancient times, wagonways were used to carry people and goods, and they were pulled by bulls or horses. While wagonways were safe and fast for that time, inventors wanted more. They wanted automated locomotives to efficiently carry goods and people.

In 1698, Thomas Savery invented the steam engine. However, the first steam engine was low-powered, so it could not be used for powering trains. Then, in 1763, James Watt developed a crankshaft that converted steam power to achieve circular motion. His invention led to the creation of steam-powered locomotives and steamships.

The Evolution of Trains

Over the years, trains have evolved in numerous ways. And they will continue to develop with new technological advancements. 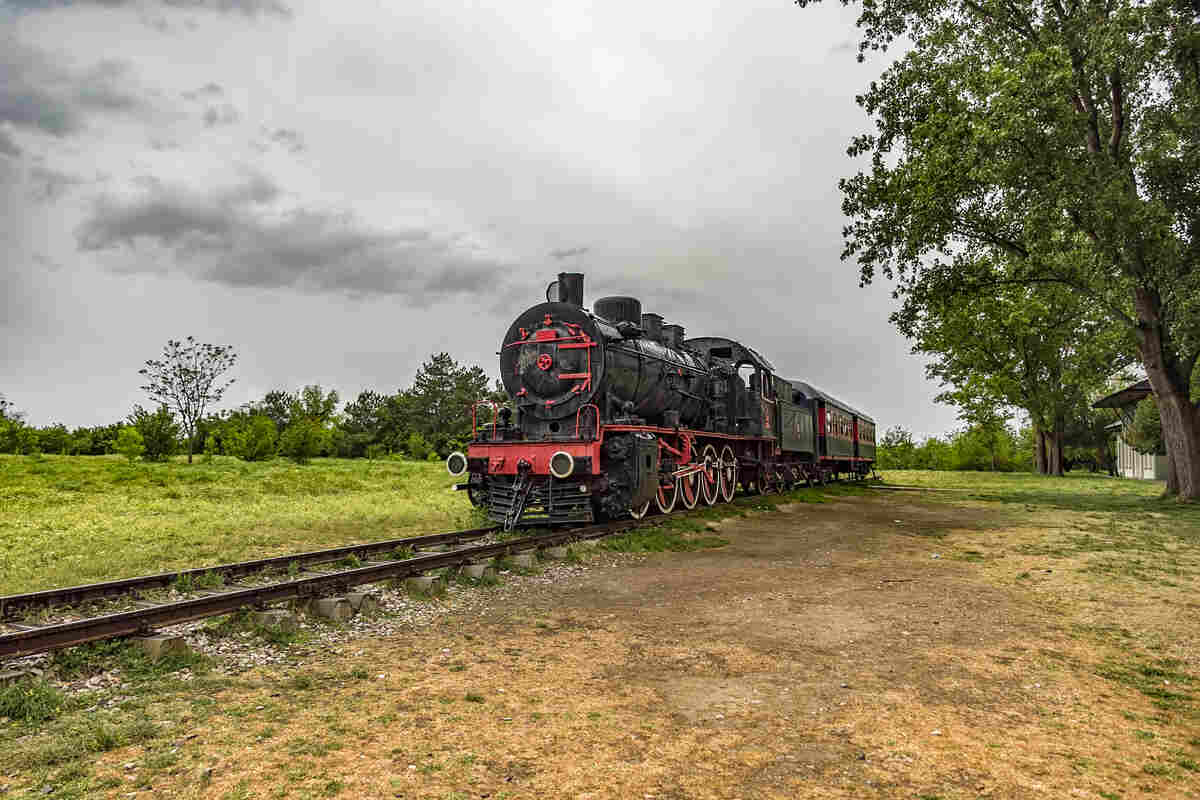 In the first half of the 19th century, the steam-powered locomotive gradually gained popularity with Richard Trevithick’s locomotive innovations.

George Stephenson, famous as the father of railways, constructed the first railway from Liverpool to Manchester. He also built many experimental locomotives. 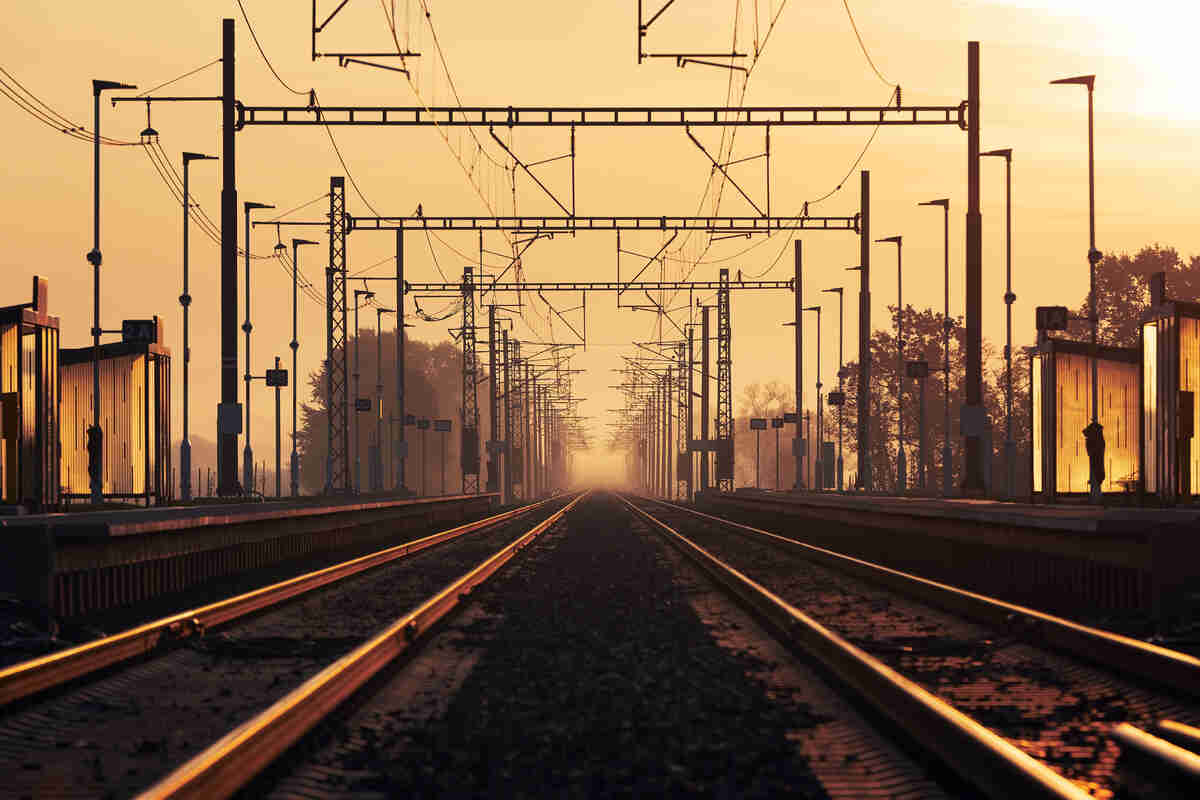 Werner von Siemens, the founder of Siemens, demonstrated the electric passenger train in 1879. Not long after, in 1881, Siemens created the world’s first electric tram line. In the following decade, there was an increase in the need to control pollution, which together with alternating current developments helped electric trains thrive. 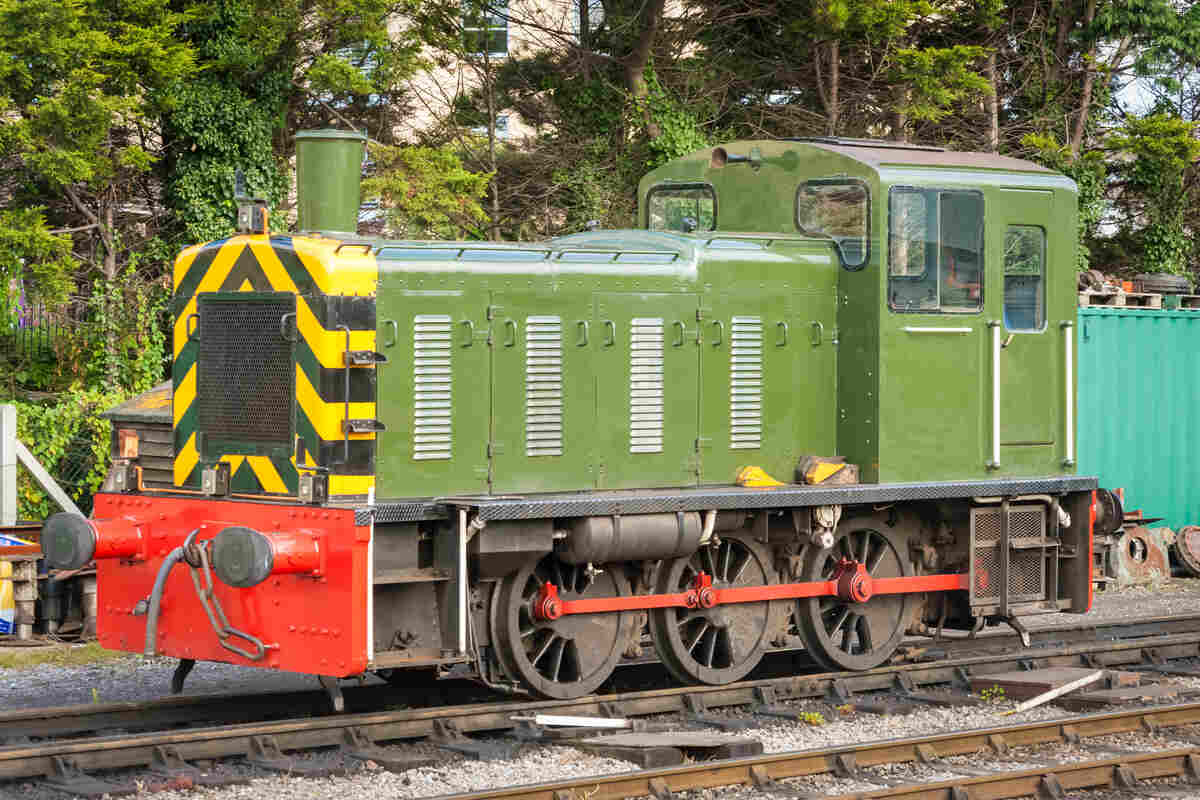 After the introduction of the diesel engine, research on how diesel could benefit the railways was conducted. At the beginning of the 20th century, it was discovered that the diesel engine had a greater power-to-rate ratio and was highly efficient. After 1945, diesel engines made steam locomotives rare in developed countries. 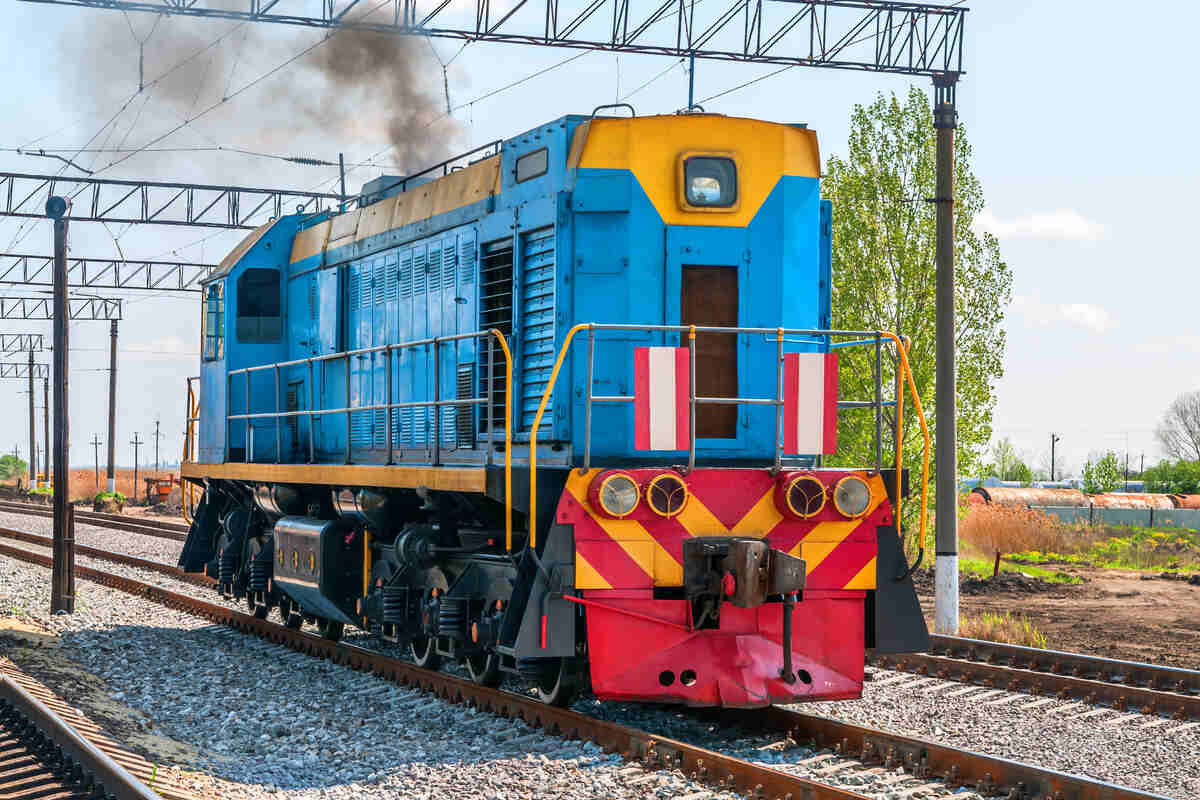 After the diesel engine replaced the steam-powered railway system, innovators started to explore more efficient rail propulsion methods. And through experiments, it was concluded that of all systems, diesel-electric should be standard. In addition, diesel-electric systems developed even more during the second half of the 20th century up until now.

Baltimore and Ohio Railroad: In 1827, this railroad became the first American railway to run on a regular schedule, and it carried both people and goods.

Panama Railway: In 1855, the Panama railway was the first to connect the Pacific and Atlantic oceans. It made travel across the ocean easier for the passengers traveling the West and East coasts of the US.

Metropolitan Underground Railway: Trains started running underground on the 10th of January, 1863. That was the time when railways occupied unused underground space and transformed the ways railways operate. In addition, the world’s first subway was a four-mile-long line that carried around 30,000 passengers on the first day.

The Benefits of Trains

Here are some of the many advantages of rail systems over other transportations systems:

Reliability: Railways are highly reliable and safer than other transportation options during challenging weather conditions such as rain, fog, etc.

Speed: Trains’ speed is high compared to other means of land transport. That is why they are perfect for high-traffic areas.

Organization: Trains have well-organized routes and schedules to bypass any troubles while traveling.

Great for heavy cargo: Rail freight is an economical solution for many manufacturers, as the heavy load can be transported efficiently by trains and take less time than travel by road.

Affordable: Trains are affordable, meaning people from all walks of life can afford to travel by train.

Safety: Trains are also safer than other means of transport in terms of accidents.

Eco-friendly: Trains are the most environmentally-friendly modes of transport, making them an excellent option for anyone considering green shipping.

After reading this article, you know who invented the train and how this invention paved the way for transportation as we know it today. Now, trains are considered one of the most reliable and eco-friendly modes of transport. With the ever-improving technological advancements, we are yet to see what the future of rail transportation holds for us.

Unival Logistics offers end-to-end logistics solutions, including trains, ensuring your goods are delivered to their destinations safely and on time. Moreover, you get full-value insurance at premium rates, API integration, and real-time package tracking. So, contact us if you need reliable logistics services, and have peace of mind that your goods will get where they need to be when they need to be there.

The Importance of Sustainable Procurement