The Largest Cargo Planes (and the History of Cargo Aircraft) 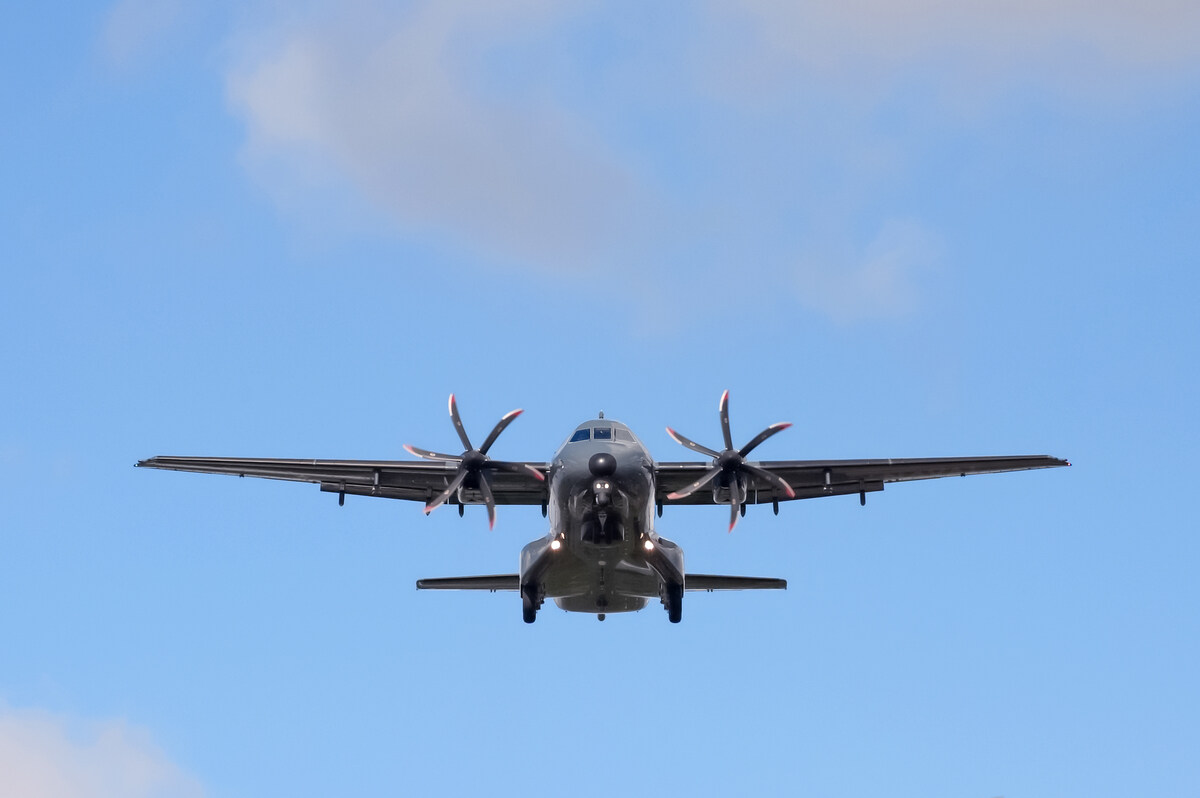 The IATA estimates that approximately $6 trillion worth of cargo is transported by air, which is approximately 35% of the world’s trade by value. To transport this amount of goods, large airplanes needed to be developed. And that is what this article will be about – the largest cargo planes in the world.

There is no exact date that can be considered the ‘first’ time cargo was transported by an airplane. Very soon after the successful testing of the Wright Flyer in 1903, people started actively searching for financially viable commercial uses for aircraft – including transporting cargo. However, there are two significant events that can be considered the beginning of air freight:

On November 7, 1910, there was a race between a Wright Model B and an express train to transport 10 bolts of silk from Dayton, Ohio to a store in Columbus, Ohio (65 miles). The Wright Model B beat the train and made the journey in 57 minutes. As this is the first recorded cargo-only flight, it can be considered the origin point of air freight.

The other start date can be considered February 18, 1911. On this day, a Humber-Sommer biplane was used to carry 6,500 letters for 8.1 miles, from Allahabad to Nani in British India. The flight was done as a part of an aviation display and to gather money for charity. This is the first official airmail flight on record.

But we should also mention Fred Wiseman, who carried three letters from Petaluma to Santa Rosa in California a day earlier, on February 17, 1911. Consequently, this can also be considered the first airmail flight.

Despite these early successes, air freight was severely limited for the next several decades. As far as transport of cargo by air in large quantities goes, air freight truly took off only after World War II.

How Were the Largest Cargo Aircraft Selected?

Now that we have talked about the history of cargo planes, let’s explain the criteria that was used to select the largest, and the criteria are simple – because we are discussing cargo planes, the carrying capacity and size of the cargo hold are considered. So, let us begin.

The Antonov An-225 Mriya easily takes the first spot with a carrying capacity of 250 tonnes and a cargo hold of 1,300 m3. It was designed in the Soviet Union in the 1980s by Viktor Tolmachev and was first used for military missions. It transported space orbiters (Soviet versions of space shuttles).

Later, when the Soviet space program fell apart, the cargo plane was refurbished and used by Antonov Airlines for commercial operations, where it carried oversized cargo. The Antonov An-225 also holds the record for the heaviest airplane and the one with the largest wingspan. Over the years, a following developed around the Antonov-225, with people regularly going to airports to view its departures and arrivals.

Even more interestingly, only one Antonov An-225 was built. Another one was in production since the 1980s but was never completed due to many delays and political and economic circumstances. The single operational Antonov An-225 was damaged or destroyed in 2022 during the Russia-Ukraine conflict.

The design of the Antonov An-124 Ruslan began in the early 1970s and the maiden flight of the type happened in 1982. The main designer was Viktor Tolmachev, the same person that headed the design for the Antonov An-225 Mriya. In fact, the An-225 was designed based on the An-225, with a significant increase in size.

The Antonov-124 Ruslan has a reported carrying capacity of 165 tonnes. It is utilized by the Russian Air Force and is considered to be the largest military aircraft in the world. It is also the second-largest cargo plane in operation (behind the Boeing 747-8f, although the 747-8f has a larger carrying capacity, which makes it no. 2 on our list).

The Boeing 747-8 is the largest variation of the 747, with the 8F (Freighter) being the cargo plane variant. It has an estimated maximum carrying capacity of 140 tonnes. The model had its maiden flight in 2010, which makes it the youngest aircraft on this list up until now. The Boeing 747-8f is specific because it allows for nose loading of cargo, allowing it to load voluminous cargo. 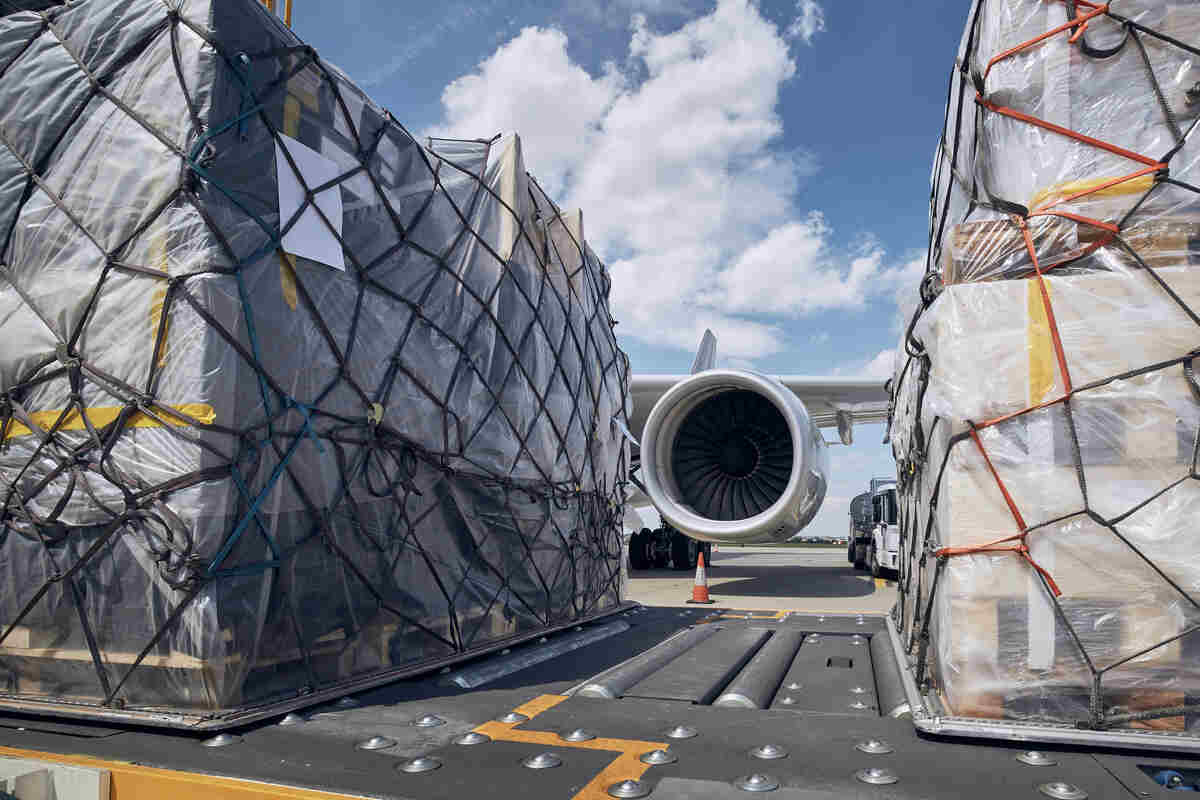 By May of 2022, 104 Boeing 747-8f had been delivered around the world. Its sister model, the Boeing 747-8F (International) is one of the largest passenger airplanes in existence and is used by several countries around the world as the aircraft of their governmental leaders (similar to Air Force One).

The Lockheed C-5 Galaxy is a strategic airlifter and has a carrying capacity of approximately 135,000 tonnes, making it the second-largest military cargo aircraft, after the Antonov An-124 Ruslan. It was manufactured as far back as 1968 and is used by the US Air Force. A 131 of the Lockheed C-5 Galaxy were built.

The Lockheed C-5 has a carry 3 Black Hawk helicopters or 16 Humvees at the same time. When it has nothing in its cargo hold, the C-5 can fly up to 7,000 miles, which makes it the airlifter with the longest range in the world. However, due to budget cuts, the Air Force stopped using a large number of these aircraft in the 2010s, but has been slowly reintroducing them into operation since 2017.

Finally, we get to the Boeing 747-400F (Freighter), one of the most famous Boeings out there. It has a carrying capacity of 125 tonnes, placing it no. 5 on our list of the largest cargo planes. It was in production from 1993 to 2006 and 126 aircraft of this model have been built over the years.

Enabling the Transport of Cargo Around the World

While we do not operate any cargo of the models on this list of the largest cargo planes, Unival Logistics can ensure your cargo arrives at its destination safely and on time. We handle every aspect of logistics and offer full-value insurance for high-value cargo, premium rates, package tracking, and, most importantly, experience and expertise.

If you need your cargo delivered without worrying about your packages getting lost, stolen, damaged, or delayed, contact Unival Logistics.

Navigation Tools that Helped Us Traverse the Seas before Modern Technology